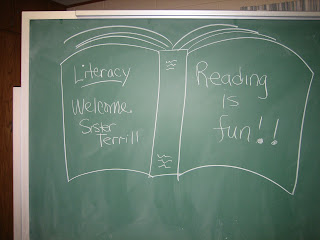 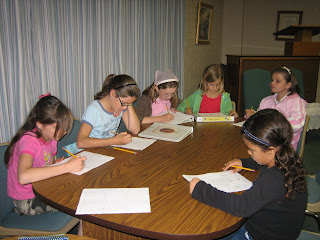 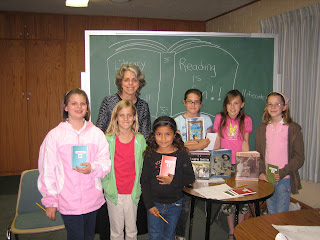 We don't have an Achievement Days leader in our ward, but Dawn is the counselor over it, so she makes sure it happens regularly. I offered to be a "guest lecturer," and she took me up on the offer.

The theme was Literacy, and we did kind of a cross between a Language Arts lesson and a book group. We read a story from They Walked To Zion about Mary Goble Pay, the grandmother of Sister Marjorie Hinckley.

It was fun to see what caught the girls' fancy. Sister Pay talked about a shark following their ship as they were crossing to America. Then she mentioned that a man died, and they had to put his body overboard - and then they never saw the shark again! They thought that was pretty compelling info!

After we read the account, I had them do a "storyboard." This is a paper divided into 6 sections. The idea is to draw pictures depicting parts of the story. Most of the girls - and there were only 6 of them - had a square for each death recounted - starting with the shark! (Sister Pay's baby sister died from exposure at Council Bluffs, a newborn sister died on the trail, her brother died towards the end of the journey and finally her mother died.) It was instructive to see how much the thought of death as an everyday occurrence seemed so striking to them. We treat death as such a "separate" kind of event, but it truly is a part of living.

Hopefully they took something of value from the experience. Sister Pay had been told by Brigham Young that she would not lose her feet - and she had faith in what he said. One little girl said, "Was he the prophet then?" When I said yes, she seemed impressed.

At the end I gave them each a reading journal and told them to record the books they read. I said, "You won't always remember the title, let alone the author, of every book you read, so write them down."

They took it to heart and were busy listing books they'd read as they were leaving!

I love teaching, and I love encouraging readers!
Posted by grannybabs at 11:34 PM 3 comments:

Notes From the Field 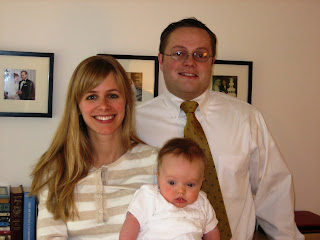 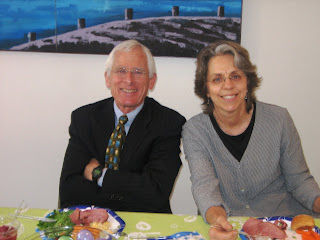 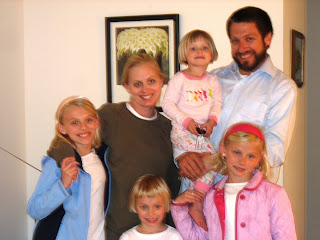 We got to D.C. on Saturday night and it's been a whirlwind of activity. When we return I will post many more pictures, but this is to let you know that we are all alive and well and having a wonderful time - and wishing you were here!
Posted by grannybabs at 6:56 PM 3 comments: